What are those symbols? 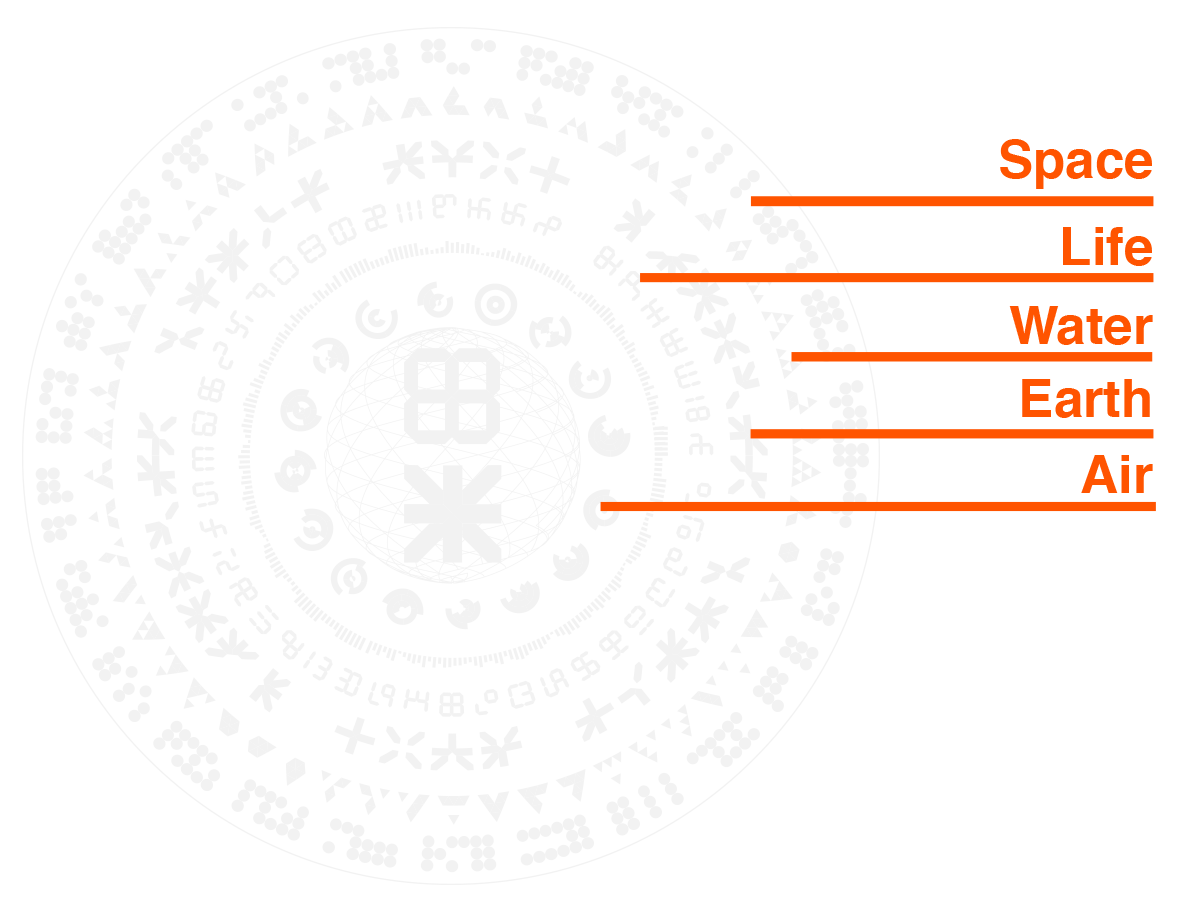 The Sonoran Desert and the landscape of the Southwest communicate to me something ancient as well as something futuristic and other-worldly. The symbology seen in the works are original glyphs, somewhat of an automatic writing process in their creation, and somewhat of a magickal process along the lines of sigil making. The meaning of these symbols are gradually defining themselves but have grouped into Earth, Air, Fire, Water, Space and Life. A Rosetta Stone of their meaning is in the works. The idea being that if I connect a symbol with something in nature, I'll be developing a vocabulary of landscape. So, a landscape becomes like a sentence with something specific to communicate.

As a graphic designer I’m involved in user interface design of software (buttons, displays and logic of what a user sees.) I’m using these ideas as overlay to the natural scenes and exploring what it means to have ‘controls’ or ‘readouts’ or ‘coordinates’ in our experience.